About Our Featured Speakers 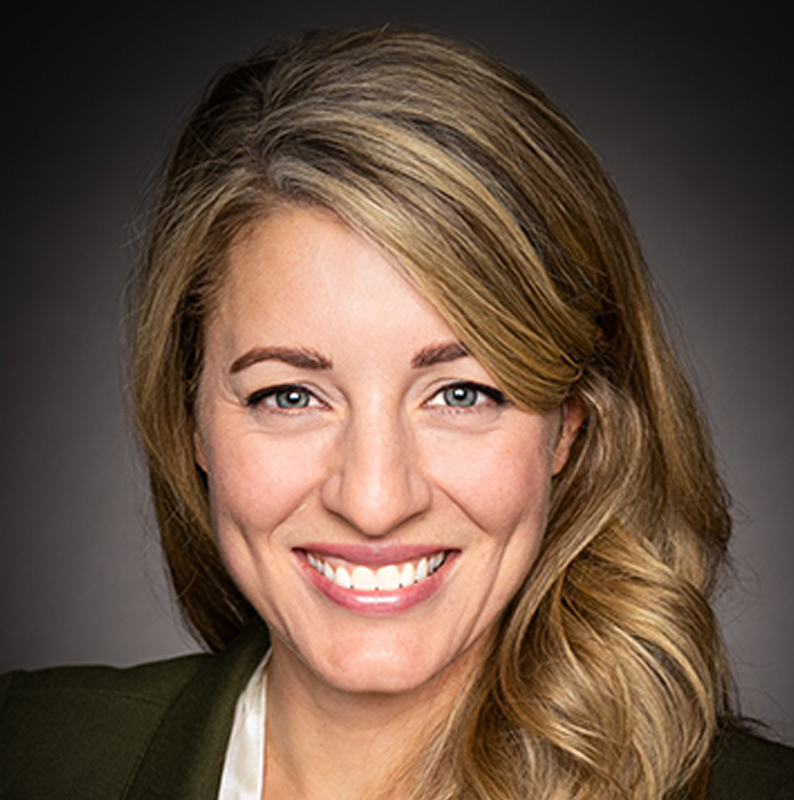 In her ministerial roles, Minister Joly has worked to promote Canadian culture, and to grow and increase the visibility of Canada’s tourism sector. She has also worked to safeguard Canada’s two official languages while promoting the use of French in Canada and around the world, including in the digital sphere and is the minister responsible for Western Economic Diversification Canada.

Prior to entering federal politics, Minister Joly founded the Vrai changement pour Montréal party and ran for mayor of Montréal in 2013 under its banner.

Minister Joly holds an Honours Bachelor of Law from the Université de Montréal and a Magister Juris in European and Comparative Law from the University of Oxford. She is the author of Changing the Rules of the Game, in which she shares her vision for public policy and civic engagement. She was named a Young Global Leader by the World Economic Forum. 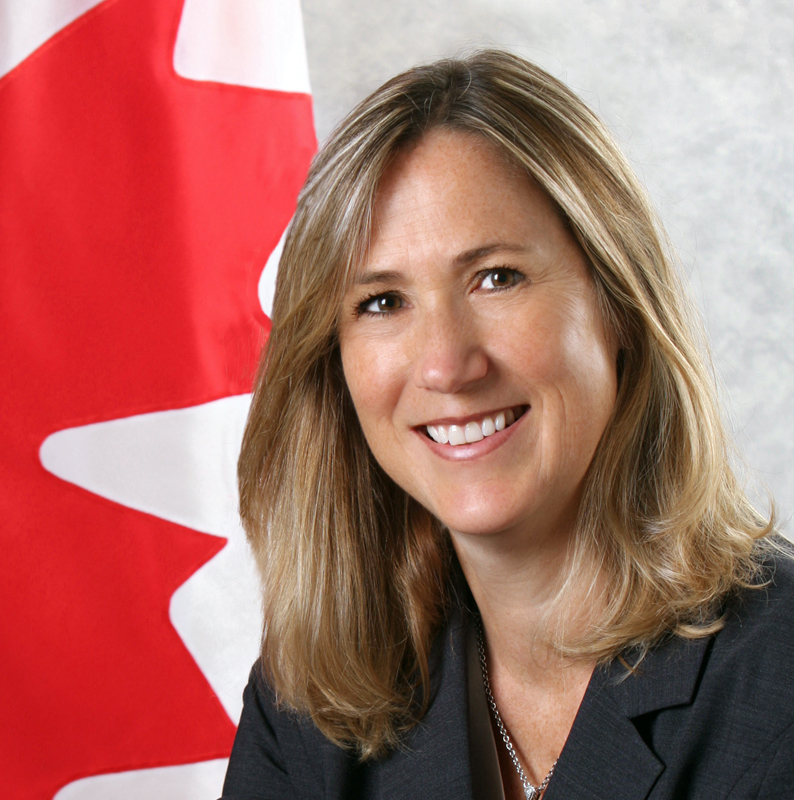 Canadian Ambassador to the United States

Kirsten Hillman was appointed Canada’s Ambassador to the United States of America in Washington, D.C. on March 26, 2020, previously serving as Acting Ambassador from August 2019 until her nomination. Prior to that, she served as Deputy Ambassador in Washington from 2017 to 2019.

Before joining the Embassy of Canada to the United States of America, Ms. Hillman held the position of Assistant Deputy Minister of the Trade Agreements and Negotiations Branch at Global Affairs Canada, overseeing all of Canada’s trade policy and trade negotiations. She was also Canada’s Chief Negotiator for the Comprehensive and Progressive Agreement for Trans-Pacific Partnership.
Ms. Hillman has held various positions at home and abroad, including Associate Assistant Deputy Minister of the Trade Policy Branch and Senior Legal Adviser at the Permanent Mission of Canada to the World Trade Organization in Geneva.
Before joining Global Affairs Canada, Ms. Hillman practised law in the private sector in Montréal and at the Department of Justice in Ottawa. 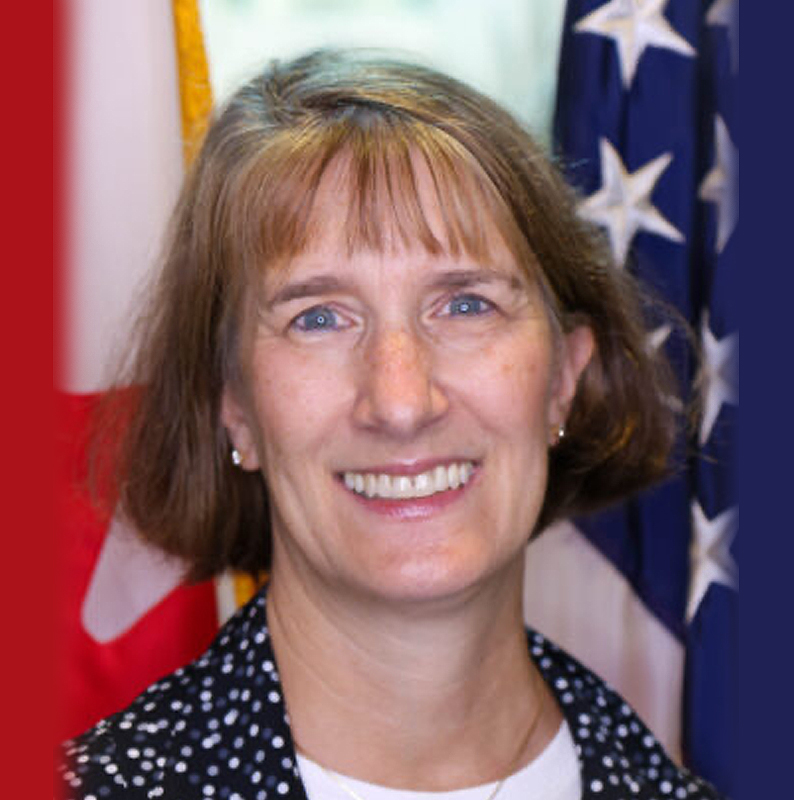 A career member of the Senior Foreign Service, Katherine Brucker began her career in 1994 as an Economic Officer in Haiti working on economic development in a post-conflict society, followed by roles in Bonn in 1996. In 1998, she worked in the Executive Secretariat, supporting the Secretary’s foreign travel. She then joined the U.S. Mission to the Organization for Security and Cooperation in Europe in Vienna, where she worked on Good Governance and Counter-Terrorism. In 2005, Ms. Brucker became head of the Political, Economic and Commercial Section in Cameroon.

She served as Principal Officer at the Consulate General in Leipzig, Germany in 2008-2011, the only U.S. diplomatic mission in former East Germany. Her work there centred on building an understanding of the U.S. and support for U.S. policies among political figures and the public. In 2011, she earned a Master’s degree in National Resource Strategy from the Industrial College of the Armed Forces. She then spent two years as a Special Assistant to the Under Secretary for Economic Growth, Energy and the Environment, focused on commercial advocacy. From 2014 to 2017 she served as Deputy Chief of Mission in Gabon.
In 2017 she transferred to Côte d’Ivoire and immediately became Chargé d’Affaires, a position she held for two years. In August 2020 she arrived in Ottawa, Canada to take up her duties as Deputy Chief of Mission. 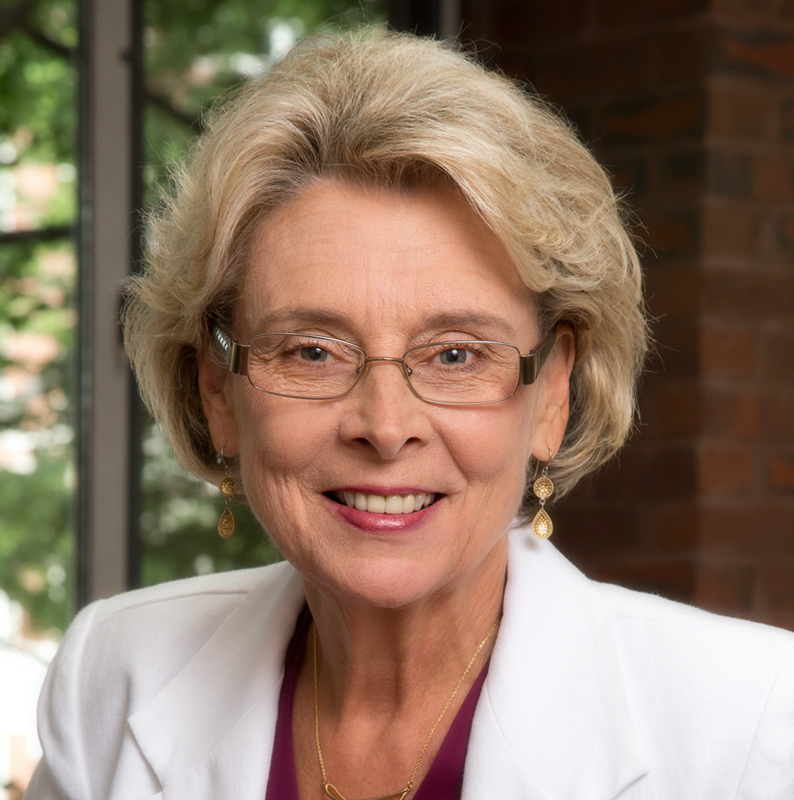 Christine Gregoire is the CEO for Challenge Seattle, an alliance of CEOs from 17 of the region’s largest private-sector employers who work together to ensure the greater Seattle area continues to thrive as one of the most vibrant, innovative, and globally competitive regions in the world.

Previously, Chris served for two terms as Governor of the State of Washington. In her first term as Governor, she created the Department of Early Learning and led on reforms to the K-12 system and investment in higher education. Chris led the state in a historical investment in infrastructure including the building of the largest floating bridge in the world and the largest transportation tunnel to open up Seattle’s waterfront.

During her second term, Chris led the state in major reforms, management and budgeting to position the state as one of the most financially secure to come out of the “Great Recession”. 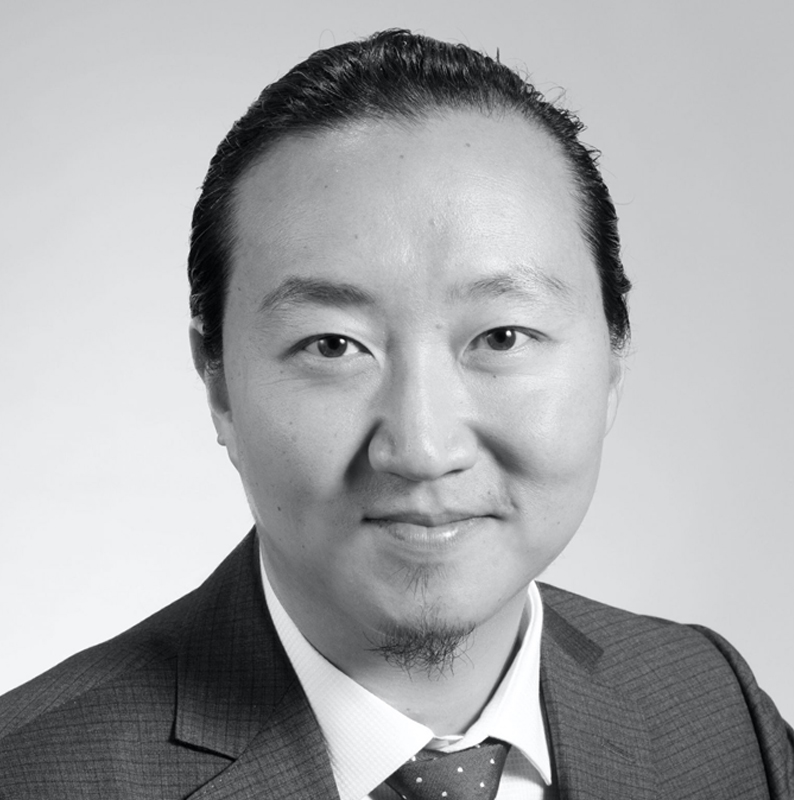 Consul General of Canada in Seattle

Mr. Brandon Lee was appointed as Consul General of Canada in Seattle in 2017, with accreditation for Washington State, Oregon, Idaho and Alaska.

Brandon Lee joined the Canadian Department of Foreign Affairs and International Trade (DFATD) in 2004. He has a background leading management and innovation, and he has held several executive and management positions within the department. From 2007 to 2011, he oversaw reform activities to strengthen Canada’s international presence and became the Department’s first Director of Innovation. From 2012 to 2014, Mr. Lee held senior positions at the World Trade Organization and the International Committee of the Red Cross (both in Geneva), spearheading major organizational and international reform initiatives. From 2015-2017, Mr. Lee was Consul General of Canada in San Francisco, with accreditation for Northern California and Hawaii.

Previously, Mr. Lee worked in the private sector as a pioneer in online banking in North America and with large-scale telecommunications and IT management consulting firms. 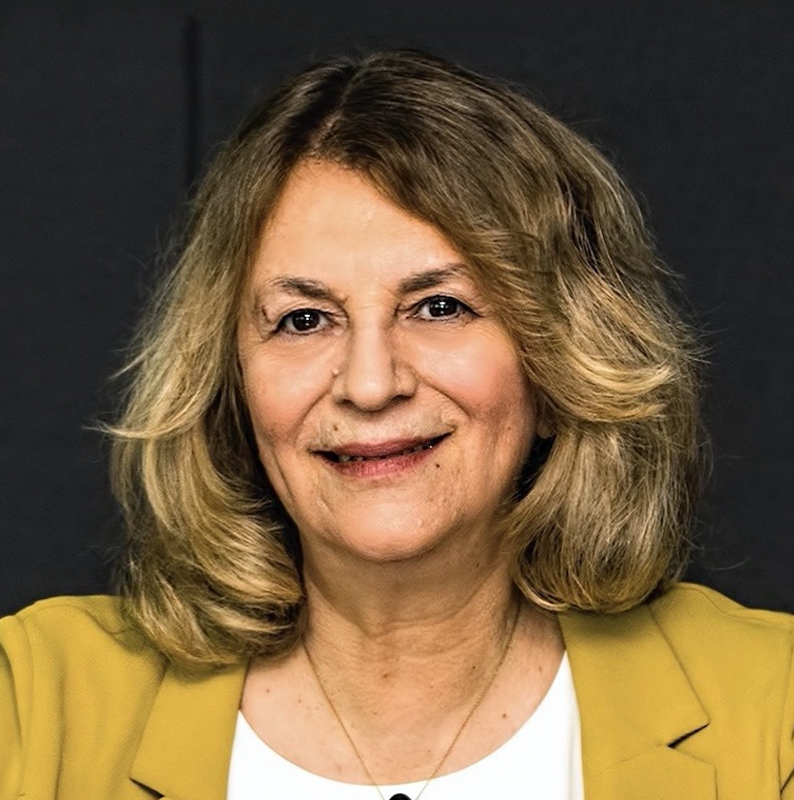 Dr. Gerri Sinclair is currently the BC Innovation Commissioner. Prior to taking on this role she was a Venture Capitalist responsible for managing the $100 million BC Technology fund. Her cross-domain career spans the fields of Internet, mobile and digital media technologies, entrepreneurial business, university research and government policy.

Sinclair was a successful high-tech entrepreneur as the founder and CEO of NCompass Labs, acquired by Microsoft. A former Visiting Scientist at IBM Research in New York, she was also the first President of the BC Premier’s Technology Council and Chair of the Canadian federal government’s Telecom Policy Review Panel.

She has served on several government and corporate boards including the TSX, Telus Corporation, Ballard Power and YVR.

Gerri is the recipient of many awards in business, entrepreneurship, and technology innovation. 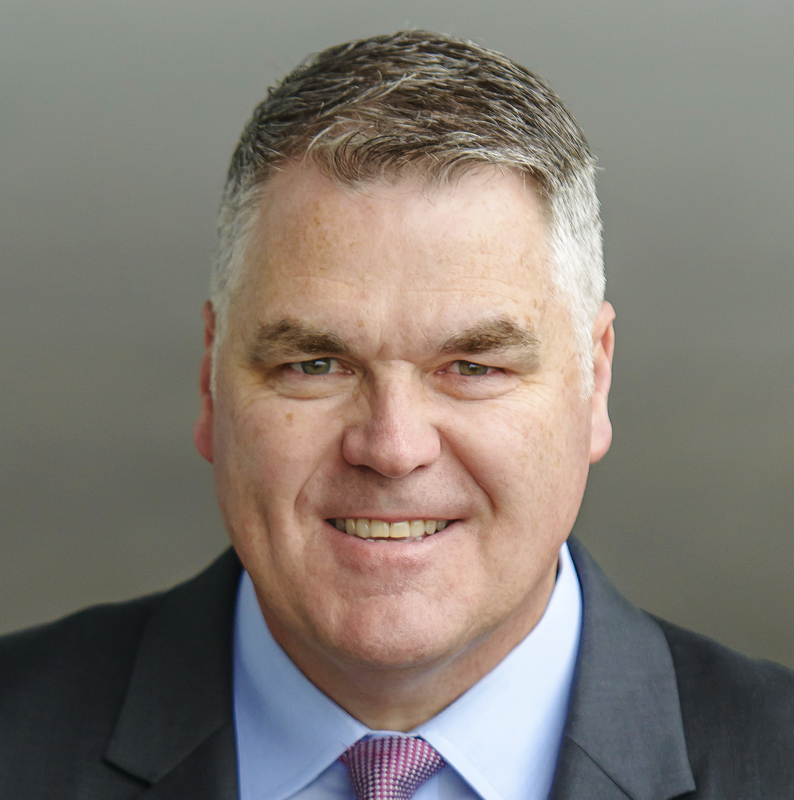 Greg D’Avignon is the President and CEO of the Business Council of B.C., a 250-member driven policy and advocacy organization comprised of the province’s leading businesses in every sector of the provincial economy and B.C.’s post- secondary institutions. Collectively BCBC members employ 25 percent of the province’s labour force.

A fourth generation British Columbian, Greg has held senior private and public sectors leadership positions over the last 25 years, including serving the Prime Minister of Canada. He is a frequent contributor, facilitator and commentator on business and public policy issues that influence the economy and prosperity of Canada and British Columbia.

Greg is the past-Chair of the BC Cancer Foundation and former Chair of the Canadian Breast Cancer Foundation. He is a current member of the Board of the YMCA of Greater Vancouver, Co-Chair of the YMCA What Really Matters Capital Campaign, and a Board member of the Premier’s Indigenous Business Investment Council and the BC Academic Health Science Network.
Greg was a recipient of the Queen’s Diamond Jubilee Medal and has been named one of Vancouver’s Power 50 list of influencers.